From WikiCarpedia
Jump to: navigation, search
This page is a translated version of the page Inns and Cathedrals and the translation is 19% complete.
Outdated translations are marked like this.
Other languages:
Deutsch • ‎English • ‎Français • ‎Italiano • ‎Nederlands • ‎română • ‎русский 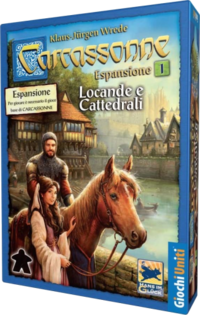 Inns and Cathedrals was originally released by Hans im Glück in 2015.

Shuffle the new landscape tiles in with those from the basic game and stack them normally. Each player adds the large meeple of their color to their supply. 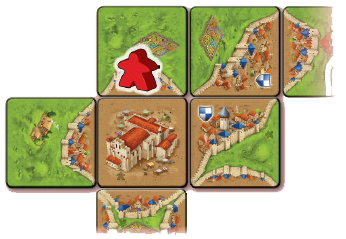 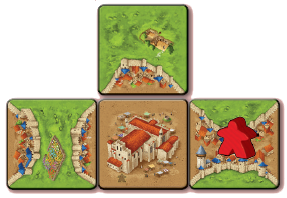 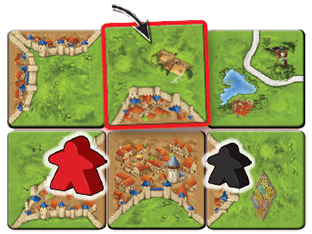 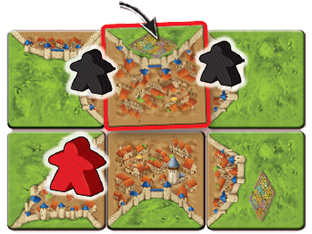 These new points tiles make keeping track of your score easier. If you manage to complete a lap of the scoreboard (=50 points), you take a points tile. Put it in front of you on the side that shows 50 points. Then, you continue adding your score normally. At the end of the game, simply add 50 points to your score.

If you manage to go around the scoreboard another time, flip your points tile to show its 100 side.

Use an extra points tile if you manage to go around the scoreboard again. 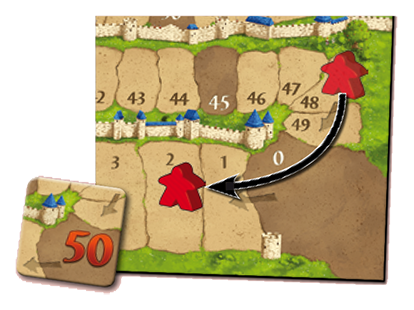