Difference between revisions of "Carcassonne Maps" 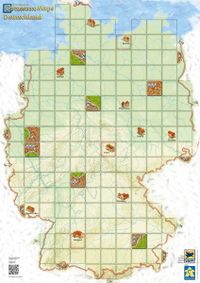 You can use your tiles and meeples in a country, build cities with real names and influence the course of important roads. There are also new ways to score points, e.g. by winning the rating of a big city or by connecting roads to neighboring countries.