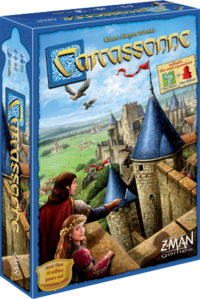 Carcassonne, the world-famous French city, is known for its imposing fortifications erected during Antiquity and the Middle Ages. This fortress, surrounded by magnificent walls, still stands today as one of the most unique French cities. In this game, players must develop the area around Carcassonne. They place their meeples onto roads and into cities, monasteries, and fields. Only those who make the most judicious placements will gain the points required to win the game.

Copies printed in the period 2014-2016 have the darker city backgrounds.

The backs of all the tiles are the same, but the START TILE has a darker colored back, so you can recognize it easily. Other graphical elements such as houses, people, or animals have no impact on the game. [1]

Place the start tile (the one with a dark back) in the middle of the table. Shuffle the remaining tiles and set them as different facedown stacks that are easily accessible to all players. Tiles can also be placed into a sack or game box and drawn randomly. 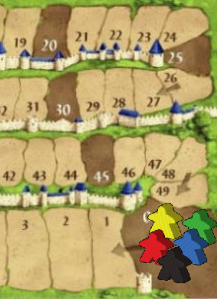 Finally, we have the MEEPLES. You will find in the box 40 regular meeples, including 8 meeples in each of these colors: yellow, red, green, blue, and black. [2] In addition, there are also 5 abbots. Usage of abbots is described in The Abbot mini expansion page, including 1 in each of the same colors. Abbots are not important from base game point of view.

Question: Too few followers—are we playing wrong or are there really too few?

This is the number intended by designers. A certain shortage of followers is entirely intentional. An important element of the game is precisely learning to be economical with one's followers.

A game of Carcassonne is played in clockwise order. Starting with the youngest player, [3] [4] the current player does the following actions in the order listed below, after which it is the next player's turn, and so on and so forth. First, we'll give you a brief description of the actions you have to do during one of your turns. These actions will be detailed as we present the roads, the cities, and finally the monasteries. So what are these actions?

You draw the depicted tile with three road segments starting from a village. You must place it in such a way that it continues the existing landscape (the tiles already in play). In the rare case that a tile cannot legally be placed anywhere, and all players agree, it is removed from the game, and the player draws another. [6] 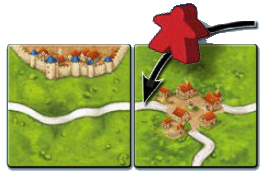 When both ends of a road are closed, that road is completed and scored. The end of a road is closed when it meets a village, [7] a city, a monastery, or it loops onto itself by meeting the other end. [8] 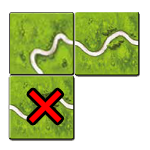 It is now time to note your score. You keep track of your score with the meeple you placed on the scoreboard before starting the game. Continuing our example, you move it forward 3 spaces to show that you’ve scored 3 points. Note: if your score passes 50 points, lay down your scoring meeple to show your 50+ points. 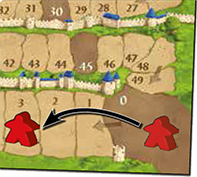 After scoring, return any meeples that occupy the road that was just scored to their owners' supply. 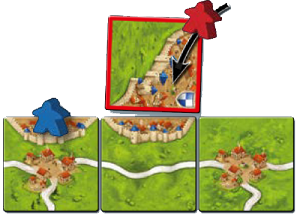 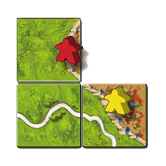 Each tile in a completed city is worth 2 points. In addition, each coat of arms is worth 2 more points. [9] For this city, you score 8 points! As usual, the meeple that was in the scored feature returns to your supply. 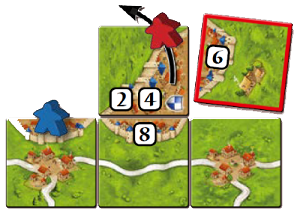 Once more, you draw a tile to continue the landscape. Monasteries are always depicted in the center of a tile. [10] When placing such a tile, you must, as usual, make sure that it continues the illustration. [11] 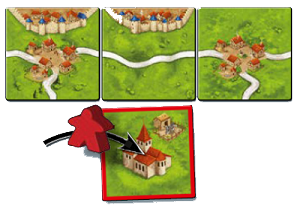 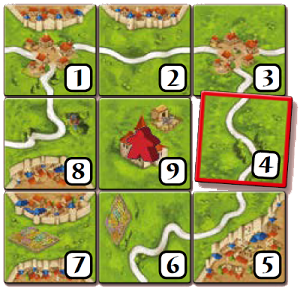 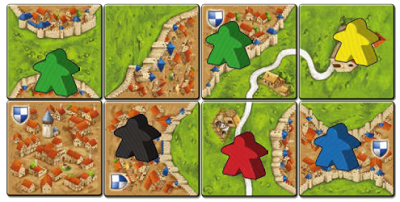 Once the final score is known, the winner is the player with the most points.[13] 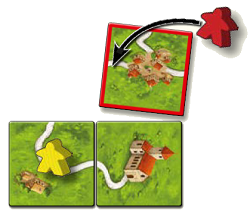 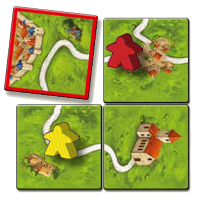 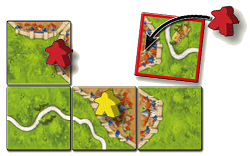 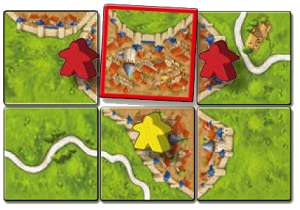 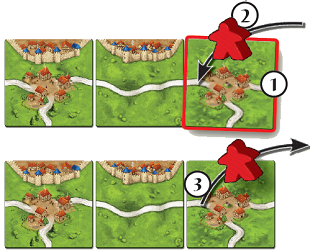 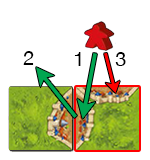 Use of a table