Please note that WikiCarpedia is not responsible for the content of the links provided. The listed expansions are subject to the regulations of the corresponding websites.
In general, however: The use of the fan expansions for commercial purposes is not allowed. The Fan-Expansions may only be produced for personal use and may not be sold at any time. This also explicitly includes the passing on at cost price.

The construction of a tower in the province of Carcassonne was a greatly feared sight. Watchmen would scout over the land for would-be invaders and take them prisoner. Although some aggressors thought they were safe from the watchmen’s ever prying eyes, recently new towers have been erected allowing the watchmen a different perspective of the land, causing some towers to be abandoned altogether, in favour of these new edifices.

Black Tower requires a copy of

At the beginning of the game, each player receives a number of Black, White and Normal Tower floors, according to the total number of players.

In addition to normal placement options, players may choose from any of the following additional options. 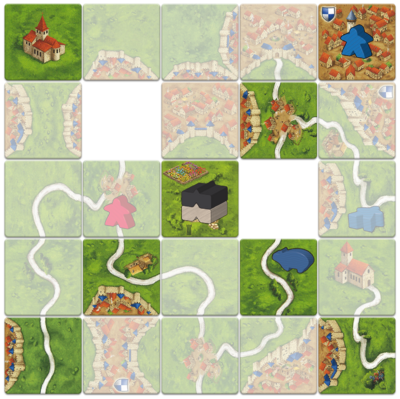 Example 1: Diagonal distance of a 2-floor tower with black tower floor on top as a Black Tower. 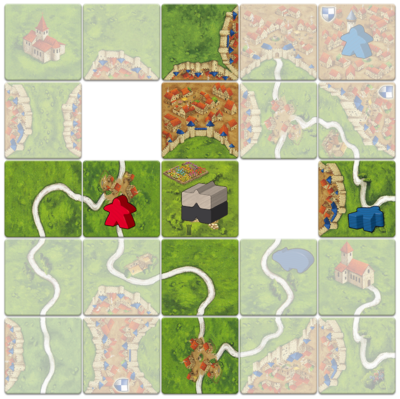 Example 2: Horizontal distance of 2-floor tower with normal tower floor on top as a Normal Tower. 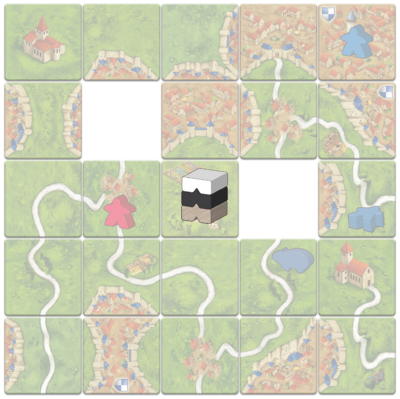 Example 3: Zero distance of a 3-floor tower with white tower floor on top as a White Tower.

Placement a Meeple to Black Tower floor
Just as a player can place his meeple on a Normal Tower to close the tower, this is also possible on a Black Tower (with a black tower floor on top). The tower is closed when the meeple is on top of the tower. 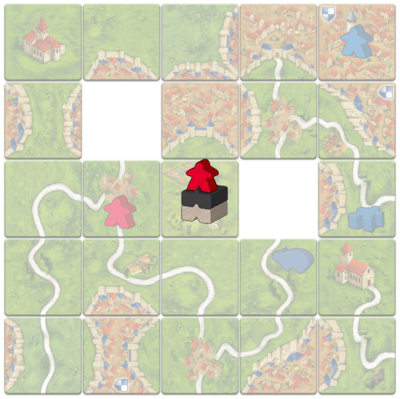 Example 4: Closed Black Tower with meeple on the top.

All rules for interactions with other expansions are the same as

Exp. 4 - The Tower ✎ expansion, with the difference that meeples are captured diagonally when the uppermost tower floor is black.