Cathedrals in Germany (Kathedralen in Deutschland) was released by Hans im Glück in 2020. It was released for the first edition 2016.

This mini expansion, containing 6 well-known cathedrals in Germany, gives the players the opportunity to gain a respectable number of points with the help of archbishop and highwaymen.

Each of the 6 cathedral tiles has 3 or 4 road segments starting from the cathedral. [1]

Shuffle the six new land tiles showing the cathedrals with those from the base game. This expansion has been developed for the Carcassonne base game and its rules still apply.

When you draw a land tile showing a cathedral, place it according to the normal rules.

After placing a land tile showing a cathedral, you may place one of your meeples on it according to the normal rules. You may place it on a road, in a field, or on the cathedral as archbishop.

When you complete a road leading directly to a cathedral your highwayman gives you 2 points for each road tile the road consist of. [2] [3]

Unlike the rules of the base game, for a road starting and ending on the same land tile showing a cathedral, you count and score each road segment separately. 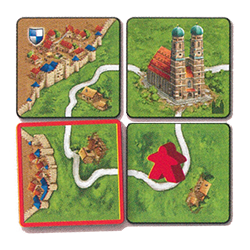 Example 1 - Scoring a completed road: You get 10 points for the closed road. On the land tile showing a cathedral you count both roads segments separately.

The cathedral itself can only be scored once all roads leading to it are closed. The archbishop gives you points for all these roads - 1 point for each road tile, in fact. The 3 or 4 road segments on the cathedral tile are counted separately. [3]

Note: A road starting and ending at the cathedral, is counted as one road, which will be scored once. [4] 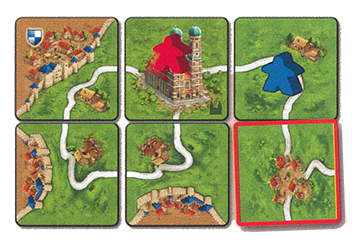 At the end of the game unfinished roads leading to cathedrals and unfinished cathedrals give you points. Highwaymen and archbishops give you one point for each road tile leading to the cathedral (road segments on German Cathedral tiles are counted separately.) [3] [5]

Answer: No, there is no interaction as there is between monasteries/cloisters and cult places. 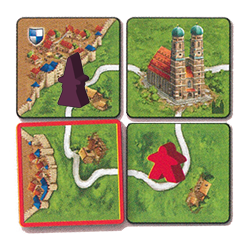 Example - Scoring a complete road with the Mage: You completed a 4-tile road looping back to a German Cathedral. The Mage is on the road too. You will score a total of 14 points:

Check out the following fan expansions that include German Cathedrals in the rules. 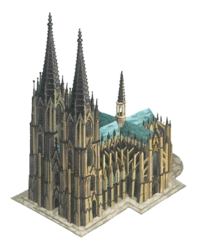 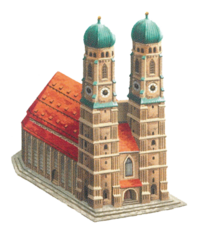 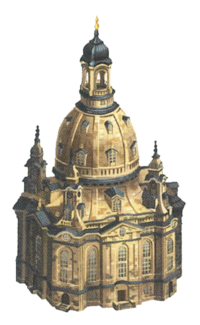 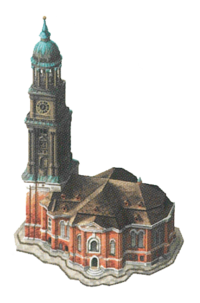 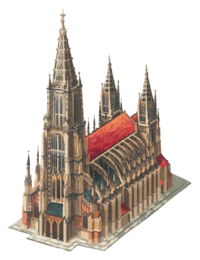 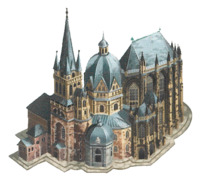