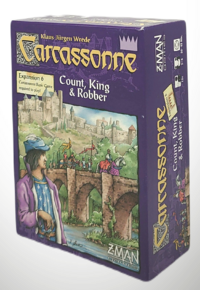 Count, King, and Robber was the sixth major expansion for Carcassonne and was originally released by Hans im Glück in 2007.

This expansion represents a collection of (parts of) several smaller expansions which had been independently released at different times (2003-2005). The information for these smaller expansions is included here as a part of this large expansion, rather than individually with their own page. This is the most reasonable way to obtain each of the small expansions, although the individual small expansions may become available, from time-to-time, on the second-hand market. Because each part truly functions independently (and the publisher even recommends against playing with River ✎ and Count of Carcassonne at the same time), each is described separately, and each tile distribution will be at the end of the respective subsection rather than at the end of the entire section. Only Heretics and Shrines ✎ was never published before and was introduced with this extension.

The Count of Carcasonne 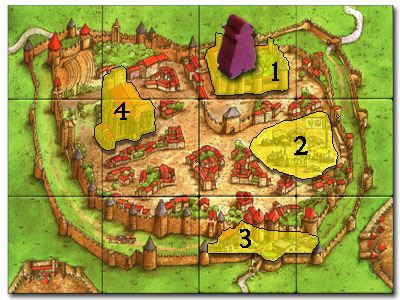 There are four quarters in the city:

The 5 new land tiles should be mixed with the rest of the tiles. This expansion has been developed for the Carcassonne basic game and can be used with any or all of the other expansions.

The King and The Robber Baron tiles should be set aside at the side of the playing area, as they will be used later.

When you draw one of the King or Robber land tiles, place it according to the normal rules.

When you place one of the King and Robber land tiles, you may place a meeple on it according to the normal rules.

When you complete one or more features (e.g. a monastery, a road etc.) by placing a King and Robber land tile, it is scored according to the normal rules.

As soon as a player completes the first city (in the game), he or she should take the King tile.

If, during the course of play, another player completes a larger city [35] — which means he or she places the final tile of this city — then he or she receives the King. [36]

The Robber Baron functions in the same way as the King.

At the end of the game, the player in possession of the Robber Baron scores 1 point for every completed road. [40] [41] 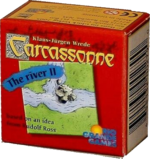 The River II was originally released by Hans im Glück in 2005, and later bundled in the major expansion

Details of The River II have been incorporated on the main River page.

The new land tiles should be mixed in with the other tiles. This expansion has been developed for the Carcassonne basic game.

A follower deployed to a shrine is called a heretic. If a player places a shrine directly (horizontally, vertically, or diagonally) next to the cloister [47] of another player [48] and deploys a heretic to it, a challenge is laid down to the monk. [49] The same is true when a monk is deployed to a cloister directly next to a heretic. [50] Challenging your own monk or heretic is also possible. [51] [52] [53]

When a player places a shrine tile, he or she may, as usual, choose to deploy a follower to the farm, road, or city segment of the tile, instead of to the shrine itself. [54]

When you complete one or more features (e.g. a monastery, a road etc.) by placing a Shrine land tile, it is scored according to the normal rules.

The challenge is about who can finish his or her building first. [55] [56]

If a challenge has not been resolved by the end of the game, both players receive the usual points awarded for incomplete cloisters.

To raise the stakes of a challenge between shrines and cloisters, and to make it more worthwhile to risk the chance of getting no points, the winning challenger receives the points for both structures while the loser still receives nothing. If promoting more aggressive play, the challenger could be the only one playing for the reward. (Thanks to youtch and others; thanks to RationalLemming, and to avt104981 for pointing out that this can’t result in 18 points)

The Count of Carcassonne 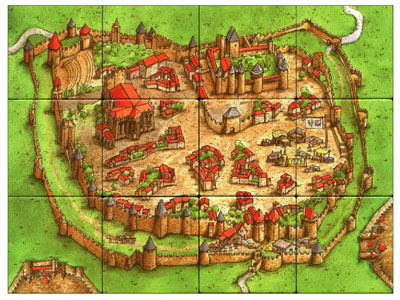 Back side of tiles: 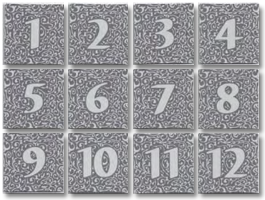