The designers of Halflings took a gamble by changing the tile shape, which departs completely from the base game concept. We are far from judging whether this experiment was a success, yet we feel obliged to make a few statements.

All through WikiCarpedia we follow the facts and official clarifications but it is nearly impossible in the case of Halflings as it is unsupported by the publisher, HiG. Due to its unique nature, it is even hard to work out a comprehensive set of rules that provides answers to all the open issues that may arise when interacting with other expansions.

In the end, please be warned that, while playing Halflings, you may come across situations that are not addressed here, not because we are not aware of those situations, but because we were not able to find answers within official clarifications. In such cases, feel justified to make house rules and have fun!

The Halflings (or “Half & Half”) mini-expansion is available in two versions. One version is available in the 5/2014 issue of Spielbox magazine (www.spielboxshop.de) and these tiles are marked with the pentagon symbol. The second version was available at the Hans im Glück online shop (www.cundco.de) and these tiles are marked with the “C” Follower symbol. Therefore, it is possible that in the examples that follow, tiles may be shown that are not a part of the “Half” set you may own.

This mini-expansion is playable with up to 6 players. With additional copies, more than 6 may play. For the first game with this mini-expansion, we suggest mixing all triangular tiles face down, and giving 2 to each player. The players look at their tiles and return them face down to the table in front of them. Once the players are more familiar with the new tiles, they may want to try the following variant: At the beginning of the game all triangular tiles are placed face up on the table. A starting player is determined. Starting with the player who will be last in turn order and moving counterclockwise, everyone takes one tile and places it face down in front of him. All players then take a second tile in the same way. Thus, each player has chosen 2 tiles to use during the game. [1] [2] [3]

With the exception of the new rules used with this mini-expansion, all basic Carcassonne rules remain unchanged. 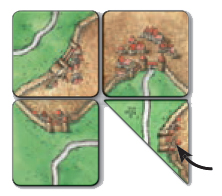 Example: A triangular tile may be placed as shown here 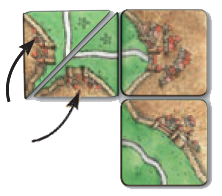 Example: These triangular tiles may be placed as shown here too

In addition, any city, road, and farm segments must continue segments already in play. Note: The longer side of a triangular tile may never be placed against the side of a normal tile.

This road continues across the two triangular tiles

A triangular tile may not be placed as shown here

Tiles with expansion features: Some of the tiles from the CundCo version contain features from the Hills & Sheep and Crop Circles [4] [5] expansions. If you are not playing with those expansions along with Halflings, you may disregard those features.

The scoring rules next reflect the new ones.

No more clarifications will be provided by HiG. Based on the existing rules and clarification snippets, players try to extrapolate some house rules to address any issues they may encounter, but no consensus can be reached.

The game ends immediately at the end of the turn in which the last normal land tile is placed. If any player still has any unplayed triangular tiles in front of them, they may no longer play them. Final scoring then takes place. [11] 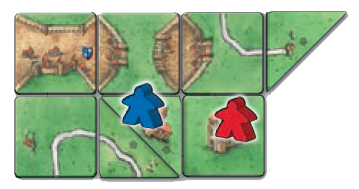 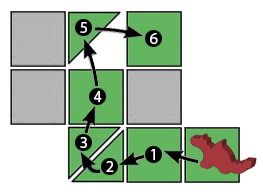 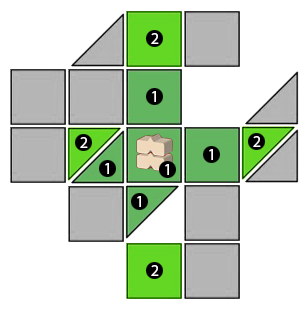 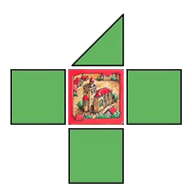 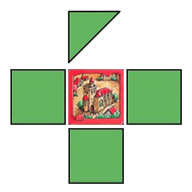 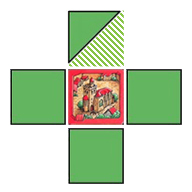 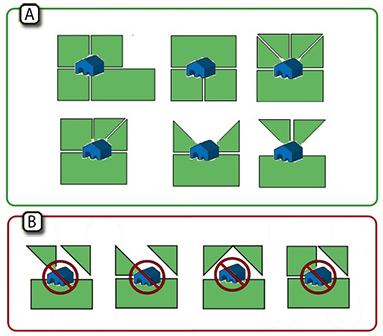 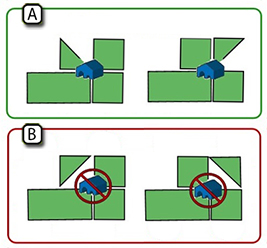 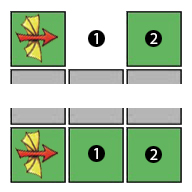 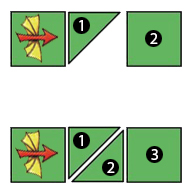 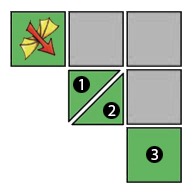 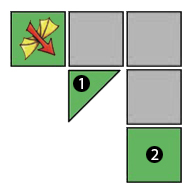 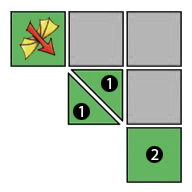 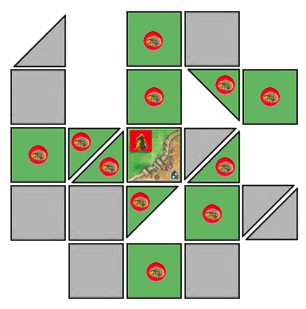 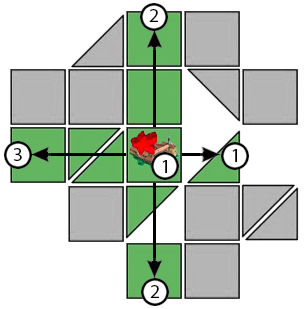 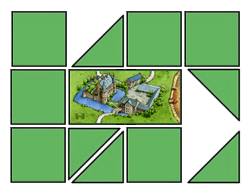 Example: This German Castle will get 13 points: The German Castle completion and scoring rule is not officially confirmed in an explicit way.

This section provides a set basic unofficial community rules to navigate through the the pitfalls found when playing Halflings. They are not official but will help solve some of the issues derived from the lack of rules for the expansion itself and the interactions with other expansions.

>> How to deal with bridges

A bridge could be placed over two Halflings occupying one square space if both ends are in a field. The bridge will also have to comply with the other usual placement rules.

The following considerations are also important, since a bridge is placed across two tiles:

Little Buildings placed on a Halfling tile will affect only that triangular tile. If another Halfling tile shares the same square space, it will not be affected.