Powerful magicians visit the realm of Carcassonne. The mage's presence inspires the citizens, but the witch casts a sinister pall over everything she touches.

Shuffle the new landscape tiles with those of the basic game and stack them normally. Place the mage and witch figures (collectively called "magic figures") within easy reach of all players.

If you cannot place or move either magic figure (because there are no eligible locations), you must remove one of them from a tile and set it aside. The next time another tile with a magic symbol is placed, this figure can be placed again.

After placing a tile with a magic symbol, you may still place a meeple according to the normal rules.

Whenever you complete a feature occupied by a magic figure, they modify the score:

After modifying a scored feature, the magic figure is removed from the tile and set aside. The next time another tile with a magic symbol is placed, this figure can be placed again. 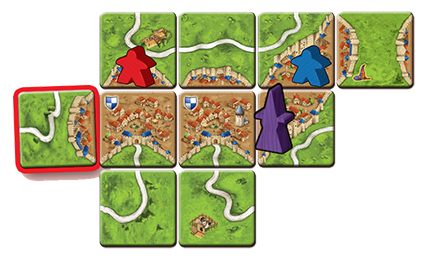 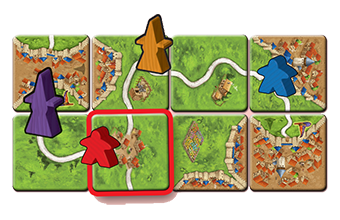 During final scoring, the magic figures modify the value of features they occupy, as they did during the game.

If playing with other expansions, please take the following notes into consideration: