From Wikicarpedia
Jump to navigation Jump to search
This page is a translated version of the page Mage and Witch (1st edition) and the translation is 18% complete.
Outdated translations are marked like this.
Other languages:

After placing a tile with the mage symbol, you may still place a follower according to the normal rules. 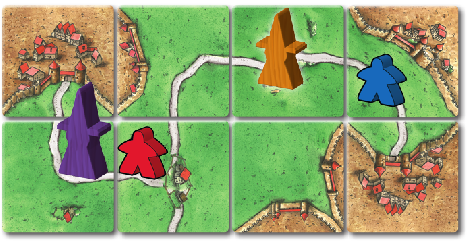