It is a mini-expansion with different rules for each Carcassonne Map. In the case of Carcassonne Maps - Benelux, players can sail to different islands in the North Sea to pick up face up land tiles which can be placed instead of the tiles drawn from the stack.

Use 2 of the 3 available start-squares (Meppel, Eindhoven and Charleroi).

Shuffle all 30 Map-Chips face down. Place 20 of them evenly distributed on the squares of the map and stick to the following rules:

The remaining 10 chips are taken out of the game without looking at them.

Now you shuffle all land tiles and make 6 stacks with 5 tiles each. Place all of them on the 6 island squares (2 stacks per island) on the map. Place the first tiles of the stacks face up.

Finally, you make the usual stacks with the remaining land tiles. 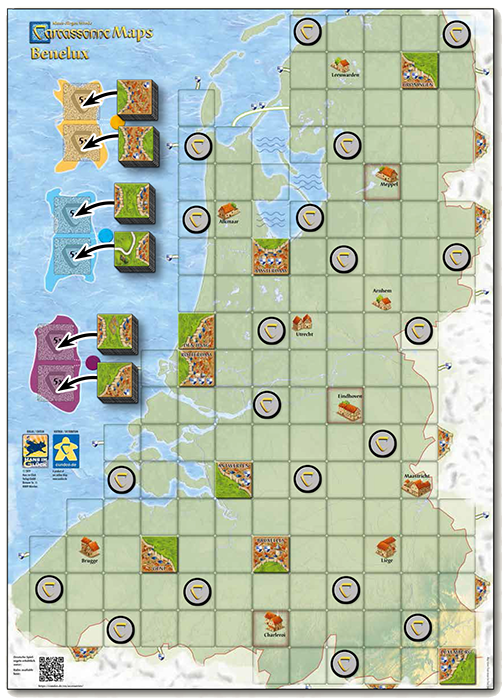 Example: This is one example of how the chips could be placed, including the stacks with 5 tiles with the one on top placed face up. (The chips are shown larger than in reality.)

There are three squares marked with waves on the map. You cannot place a land tile on these squares. 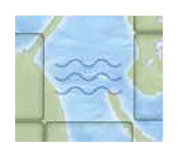 Example 1: A square with waves where no tile can be placed. 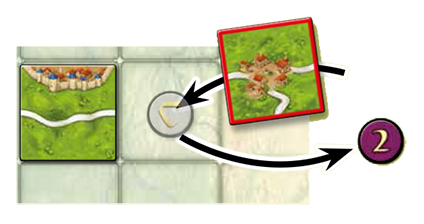 If it's your turn and you have at least one chip in front of you, it is up to you to decide...

a) ...if you want to take a face-up island tile from an island of the respective color instead of one from the usual stack.

If both stacks are still on the island, you can choose to take the first tile on any of them. If there is only one stack left, you pick up the first tile of the remaining stack. Then you get rid of your chip (it's no longer in the game anymore) and you place your tile. At the end of your turn, you reveal the top tile of the island stack used. 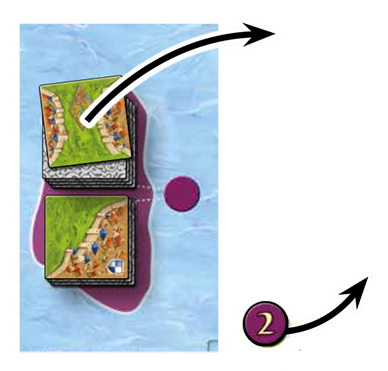 Example 3: You pay a purple chip and you take one of the face up tiles from the purple island. Then you place your tile. At the end of your turn, you reveal the next tile.

Note! Once you draw a face-down tile, you cannot change your mind, so you have to use the tile you've just drawn.

You may collect chips and use them later in the game. [1]

End of the game

The game ends as usual after the last face-down tile has been placed. Remaining chips or island tiles don't matter.