All the players simultaneously try to build a meeple pyramid within 2 minutes and make the most points for it. The pyramid has to be built on a felt base so it has a solid foundation and does not slip. Any meeple forming the pyramid brings the player points (see points table below). The player with most points after playing the determined turns wins the game. 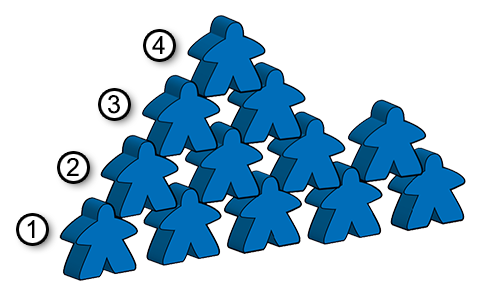 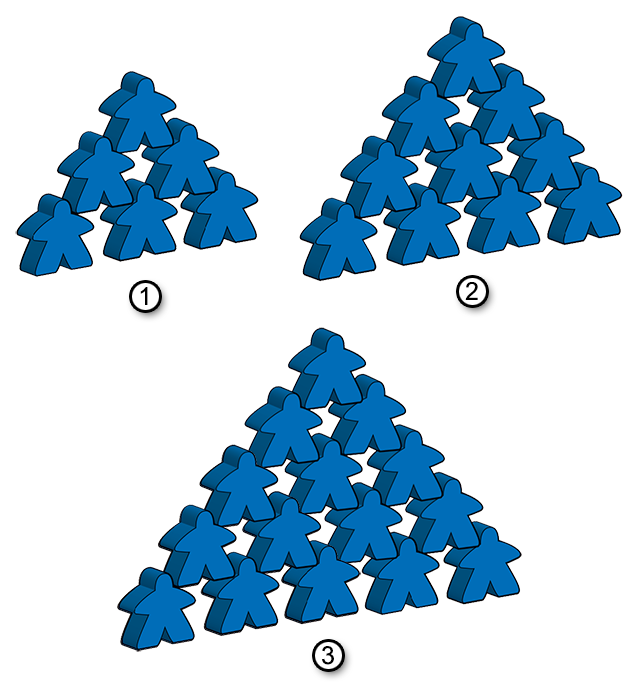