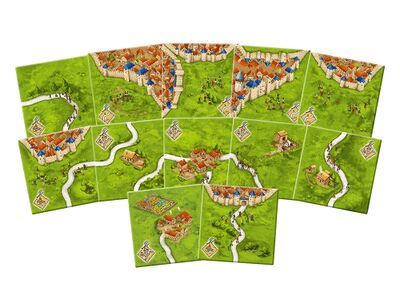 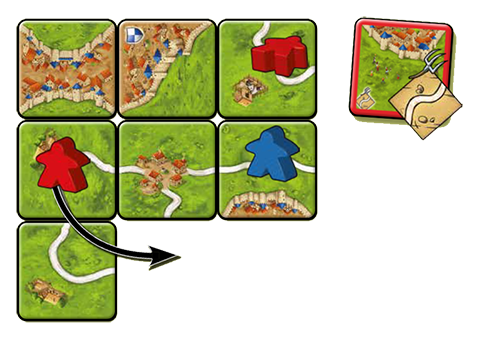 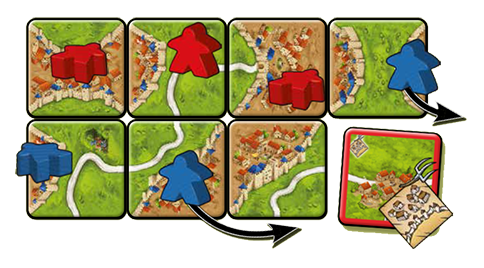 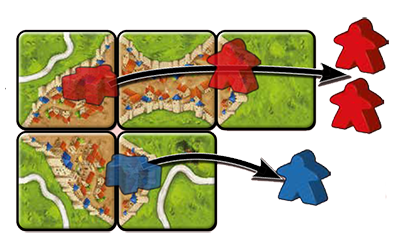 You may protect meeples placed with a Synod gift card for 4 points.

You may protect meeples placed on a feature with a Change Position gift card for 4 points. The protected meeple would keep its protection when moved (Note: There is no official way to indicate this if the meeple changes position to become a farmer).

x1
(H)
Several tiles have a small illustration on them. The letters in brackets show which illustration is on each tile: