The Princess and The Dragon (1st edition)

The Princess and The Dragon (P&D) was originally released by Hans im Glück in 2005. The tiles of the first German editions had no expansion symbol.

Tunnel: The road is not broken, and neither are the farms on the bottom and the top.[1]

Cloister in the city: When a player deploys a follower here, it must be clearly placed either in the city or on the cloister. If the follower is deployed to the cloister, then the cloister is scored when it is surrounded by eight land tiles, even when the city is not completed. The follower can also be deployed as a monk if there is already a knight in the connected city. The reverse is also true.

The 30 tiles should be mixed with the rest of the tiles. 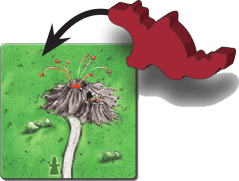 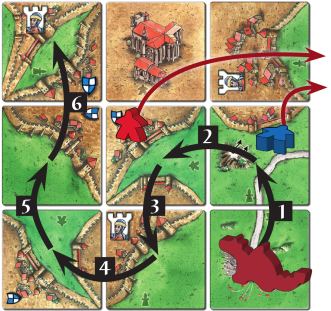 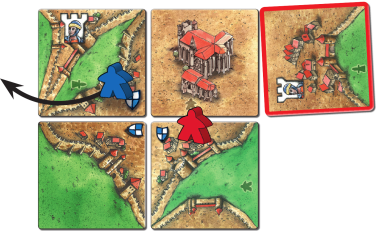