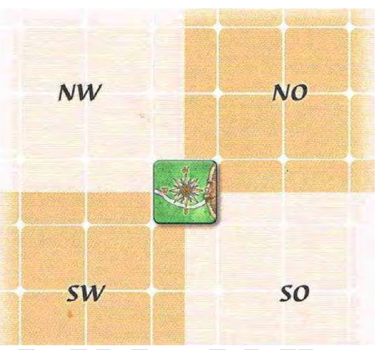 If a player draws one of the 4 tiles with a quarter-wind rose and, using the normal rules, places it in the corresponding section [2], he or she immediately receives 3 points. [3] These points are independent of any other scoring. [4] The fields in the horizontal and vertical rows of the starting tile are a part of two sections. The Wind Roses do not affect the features in any way (e.g., they do not disrupt any roads). 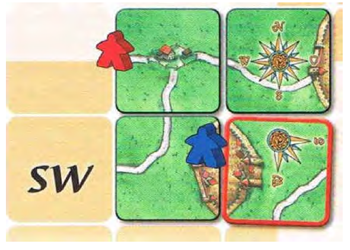