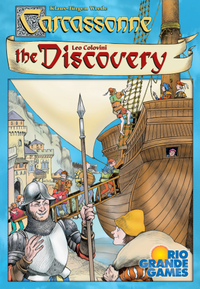 The game uses many of the standard Carcassonne game concepts, but moves it from medieval France to a land far away - a land of meadows, mountains and seas. Unlike Carcassonne, it is the size of the region in which the follower is located that brings points - regardless of whether the region has been closed or not, although closed off regions score considerably more points. The decision of when to remove a follower from a region is left to the player - but since regions can become more valuable as the game develops, deciding the right time can make for an agonizing decision. There's also an additional rule that lets mountainous regions increase in value, even if they've already been completed.