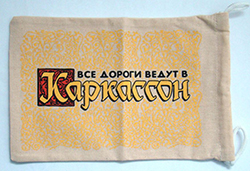 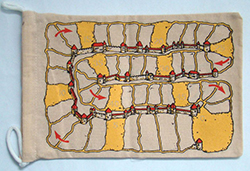 If followers [4] occupy a road that goes through the Solovei Razboynik tile [5] [6] (or they occupy roads that are connected to that tile later on in the game [7]), players must move them onto the tile. [8] The followers then remain on the tile until the end of the game. [9] [10] Nevertheless during his/her turn, instead of placing a follower, the player may return 1 follower from the Solovei Razboynik tile into his/her supply in a subsequent turn.

When a player places this tile adjacent [11] to one or more tiles on the board, all followers [12] [13] [14] [15] from the adjacent tiles are moved onto the Vodyanoy tile. All followers placed on any tile adjacent to the Vodyanoy tile in future turns will also be moved onto the tile. [16] [8] Followers remain on that tile until the end of the game and get -2 points each during final scoring. [10] Nevertheless during his/her turn, instead of placing a follower, the player may return 1 follower from the Vodyanoy tile into his/her supply in a subsequent turn. [17] 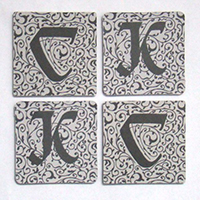